Formosan termites’ life and nutrition peculiarities were revealed by scientists

People who aren’t well versed in biology, happen to mix up ants with termites, as both of them live in colonies and raise big structures (termitaries and anthills). Moreover, they are both characterized by division of labor among separate groups of their individuals: they have workers, soldiers, and fertile females (queens) and males. 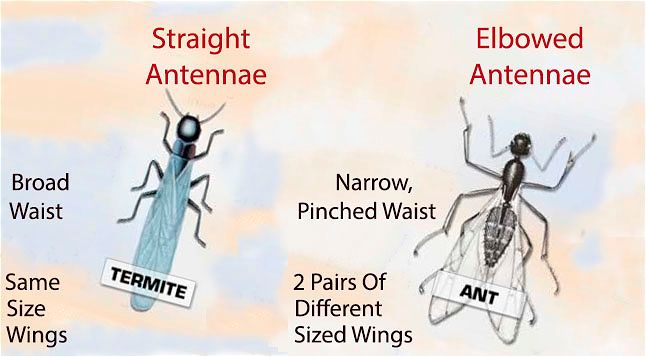 Beyond their communal style of life however, ants and termites’ resemblance is only cursory. In reality, these insects belong to different and absolutely unrelated orders.

Ants are hymenopteran and related to wasps and bees, but termites are from a separate order and, unlike hymenopterans, are heterometabolic insects (they don’t have pupae and their larvae gradually start to resemble the adult insect in a series of successive moltings).

Termites (Lat. “Isoptera”) don’t exist in temperate and especially in northern latitudes, but they are extremely numerous in the tropics where they are the main consumers of plant remnants. Despite many other animals, termites can feed on wood exclusively or, to be more precise, fiber (cellulose), which they consume extraordinary quickly.

Any wooden building, constructed in the tropics, is subject to the destructive activity of termites. A house without special protective measures can be eaten by drywood termites within a couple of years.

Until recently, it was a mystery: How do termites manage to live (and even thrive) on an all-wood diet? It was known that in the digestion of the cellulose that is consumed by termites, bacterial, protozoan intracellular symbionts, which exist in the gut of a termite, fulfill key digestive functions. Because cellulose is a substance with low nutrition value, it cannot compose the entire source of nitrogen that termites need. It’s needed in much bigger volumes than what is readily available in plant tissues.

A group of Japanese researchers, having started research on symbiotic bacteria-flagellates’ genome composition, has reached an astonishing conclusion recently. In the genome, together with the genes responsible for cellulose enzyme synthesis, there were nitrogen fixing genes, coding the enzymes to bond free atmospheric nitrogen (N2) and modifying it to forms, acceptable for use of not just the bacteria themselves, but also for flagellates and termites.

How do drywood termites manage to digest wood if it isn’t fit to feed on?

The whole symbiotic system is arranged according to the matryoshka doll principle: there are flagellates in the intestines of a termite, with bacteria inside of the very flagellates. Termites find food (plant remnants or wooden structures), chew up the wooden mass until it’s reached a fine particulate state, which can be processed by flagellates. Then, the bacteria existing inside flagellates set to work. It is they who fulfill the main chemical reactions, making a quite digestible form of wood pulp from an indigestible, fibrous material.

But still, there are many unsolved questions in this system. For example, we don’t know the essential source of termites’ nitrogen. Its relative proportion in animal bodies, including termites, is much bigger than in plant tissues. Recent research by Japanese scientist however, has given an answer to this question.

The Study of formosan subterranean termites by scientists in Japan

The symbiotic system of the widespread, Japanese termite species (Coptotermes formosanus) has become the research target of Yuichi Hongoh and his colleagues from RIKEN Advanced Science Institute in Saitama and other research institutions in Japan. This species, having a subterranean lifestyle, is known as a serious pest, inflicting great harm on wooden structures, not just in their original habitat (in Southeast Asia), but also in America, where it was accidentally brought and is now an invasive species. Several hundred-million dollars in Japan and around a billion in the USA are being spent every year on the struggle against the Formosan subterranean termites (Coptotermes formosanus).

The flagellates existing in the hindgut of subterranean termites are often of the same genus (Pseudotrichonympha grassii). There are always around 100,000 bacteria of the order Bacteroidales – the so called “phylotype CfPt1–2” – in each flagellate.

In studies, flagellates were extracted from the termite gut, then the scientists destroyed the membranes of their cells and released the 103–104 cells of ectosymbionts from within each of them. The gathered bacterium mass was amplified (multiplied from the present DNA molecules), then they searched for definite gene sequences. In the circular chromosome, there were 1,114,206 base pairs, 758 sequences (presumably coding proteins), 38 genes of transfer RNA and 4 genes of ribosomal RNA. The detected gene composition allowed the researchers to reconstruct, roughly, the whole metabolic system of an ectosymbiotic bacterium.

The most astonishing fact was the discovery of genes, responsible for the synthesis of the enzymes, essential for nitrogen fixation (the process of atmospheric N2 bonding and altering it into the form, acceptable for the use of the organisms). For example, they have found the genes responsible for nitrogenase synthesis – the most important enzyme weakening the extremely strong, triple bond in a N2 molecule, and also the genes which code the proteins required for nitrogen fixation.

The authors of the discussed work underline that termites’ ability to fix nitrogen has been noticed before, but it was unclear which symbiotic organisms were responsible for it. The discovery of the genes responsible for nitrogen fixation in ectosymbiotic bacteria was a surprise, as before, nitrogen fixation had never been observed in this species of bacteria (Bacteriodales). Besides N2 fixation and its change into NH3, the studied bacteria apparently can utilize the products of nitrogen metabolism that are produced as a result of the protozoans’ metabolic processes. It is an important moment because N2 fixation demands high metabolic costs and if there is enough nitrogen in the food of termites, the intensity at which organisms fixate nitrogen may be lowered.